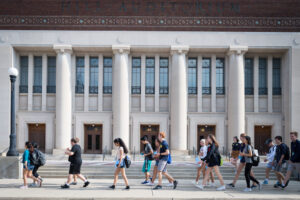 La Casa, a student group that strives to unite, empower, and holistically support members of the Latinx community at the University of Michigan, recently shared a statement with the campus community regarding changes in financial aid for non-resident students and their effect on the university’s Latinx community.

In particular, the group has advocated for the reinstatement of the Provost’s Award, a need-based financial aid grant for non-resident students that was discontinued for new students beginning this school year.

While there are a number of issues raised by La Casa that the University of Michigan would like to address in detail below, the key points include the following: 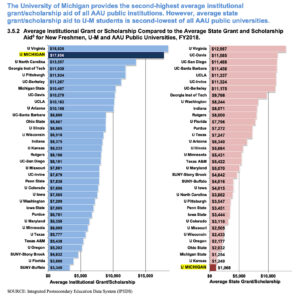 The Provost’s Award for non-resident students was discontinued for new students beginning with last fall’s incoming class after the university concluded it was not financially sustainable. The award continues for current non-resident students who have received it and remain qualified for this need-based program. The financial need requirements of the Provost’s Award are unchanged.

While the Provost’s Award meets full demonstrated need for eligible continuing non-resident students, the amount awarded changes from year to year as individual financial need is determined annually. It was important that the university did not adversely affect the affordability of a Michigan education for non-resident students who were already here despite the unsustainable finances of this award in the longer term.

While financial aid funding amounts for the 2020-21 school year will not be finalized until the end of the spring and summer semesters, the recent changes mean a non-resident student will likely receive a slightly smaller institutional financial aid package than they would have in past years.

The university is examining changes in its financial aid strategies to determine what role they may have played in the decline in Latinx and other students applying to and accepting offers of admission from the university. President Mark Schlissel and Provost Susan M. Collins also are scheduled to meet soon with members of La Casa to discuss their concerns and hear their perspectives on the issue.

As a public institution that is partially funded with Michigan taxpayer dollars, U-M has a special commitment to our in-state population. We meet 100 percent of demonstrated financial need for all in-state students, and while we are not able to make that same commitment to our non-resident students, we do provide a substantial amount of grant and scholarship aid. Among the more than 30 public universities in the Association of American Universities (AAU), only one provides larger average institutional grant and scholarship aid to new freshman students. 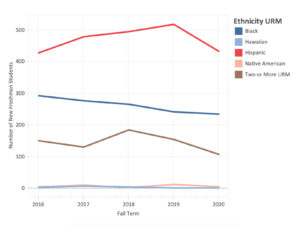 In their statement, La Casa members noted a 16 percent decrease in Latinx students among last fall’s incoming first-year class as compared to fall 2019. They are rightly concerned, and so is the university, especially since the Latinx undergraduate population has nearly doubled over the past decade.

President Mark Schlissel and Provost Susan M. Collins have asked the Office of Enrollment Management (OEM) to analyze admission and enrollment information to better understand the decline and to inform plans for recruitment and enrollment this year and beyond. With a fuller understanding of the impact of competing offers from other universities, deferred enrollment, family circumstances, and national trends in high school graduations, we will be able to determine how we can most effectively recruit and enroll Latinx and other underrepresented minority students.

An initial review of the available data shows that during the pandemic, many students are choosing to go to school closer to home. Furthermore, many families have experienced significant economic hardships due to the pandemic — these hardships have disproportionately affected low-income and minority communities across the country and have impacted postsecondary enrollment nationally.

Commitment to a diverse student body 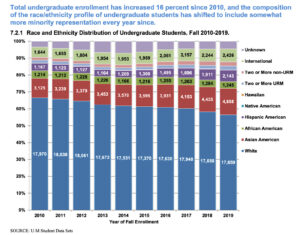 For the past decade, the university’s undergraduate student body has become more racially and ethnically diverse every year, including this year. University leaders know it is still not enough. An important part of past and future recruitment of Latinx and other underrepresented minority students is the active engagement of current students. La Casa has been an important partner in this work. OEM also has partnered with the Black Student Union, the United Asian American Organization, and other groups.

It is the university’s experience and judgment that a diverse mix of students will foster the vibrant educational atmosphere that provides the best educational experience for all students. That is why the mission of the university’s Office of Undergraduate Admissions is to recruit, admit, and encourage enrollment of applicants who are academically excellent, accomplished in extracurricular endeavors, and broadly diverse.

The university is committed to sharing additional information once OEM has completed its analysis of data from the last admissions cycle.

The Office of Enrollment Management and the Office of Diversity, Equity, and Inclusion are working in many ways to strengthen our recruitment work and to support students once they arrive on campus. The following list includes brief descriptions of several of these activities.