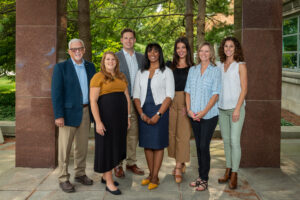 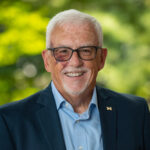 Rick oversees all aspects of internal and external communications for the university, including communication policy, media relations, advertising and marketing, and creative editorial and design services. He works closely with the president, executive officers and other university leaders in developing messaging and planning media opportunities related to critical institutional issues. He joined Public Affairs in 2009 after a long career in the news business. He graduated from Central Michigan University with a bachelor’s degree in journalism and later completed a master of science in administration, also from CMU. He lives in the Dexter area with his wife, Cathy, a retired registered dietitian, and they have two grown children. They enjoy travel, trail running, bicycling and all things outdoors. 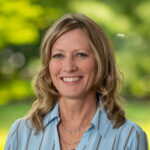 Kim serves as the primary public spokesperson for the university, and leads the university’s issues management team. Kim has been a member of the Public Affairs team for more than 25 years. She serves as the director of public affairs and as a public spokesperson for the university. In her role, she handles various projects on behalf of the vice president for communications, assists university leaders and campus units with a range of support from media preparation to communication planning. Kim graduated from Eastern Michigan University with a degree in journalism. Outside of work, she spends much of her time on the soccer fields with her children. She also enjoys traveling and spending time outdoors with her family. 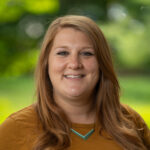 Ashley joined the university in an administrative support role in 2017, and joined the Public Affairs team in 2020. She graduated with her bachelor’s degree in psychology from the University of Michigan, where she fell in love with the city of Ann Arbor and the university. Before moving back to Ann Arbor, she provided support as an assistant property manager at a large property management company in Chicago, IL. In her spare time, she enjoys camping and hiking all over the state of Michigan with her husband and dog. 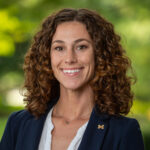 Dana joined the Public Affairs team in 2009. As a lead public affairs specialist, she assists leadership and campus units with a range of support from media preparation and the development of talking points to communication planning and the launching of initiatives. She earned her bachelor’s degree in communications with a minor in marketing from Oakland University. Prior to U-M, she worked as an account associate at Doner Advertising in Southfield. She enjoys spending time outdoors, traveling and relaxing with her family. 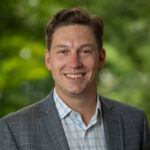 Since joining the Public Affairs staff in 2018, Don has worked to support the communications efforts for a wide range of university functions and initiatives, including enrollment management, budgetary and financial matters and U-M’s work in Detroit. He also works with university leaders to craft key executive communications. He previously worked in marketing and communications for the U-M Office of Enrollment Management. Prior to joining U-M, Don reported for a daily newspaper, taught high school journalism and English, and served as the communications manager for a Detroit-based nonprofit. He has a bachelor’s degree in journalism from Michigan State University and lives in Northville with his wife, Jessica, and two daughters, Natalie and Esme. 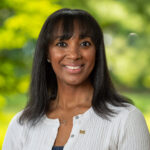 Lauren comes to Public Affairs with more than a decade of strategic communication and public relations experience. She began her career at the university in Michigan Medicine’s Department of Communication and covered several departments, including gastroenterology, family medicine and the medical school. Before U-M, Lauren was a communications specialist at the University of Notre Dame Law School and before that she served as the press secretary for Rev. Jesse L. Jackson Sr.’s Rainbow PUSH Coalition in Chicago. Lauren graduated from Michigan State University with a bachelor’s degree in journalism. She later earned a master of science in public policy from DePaul University. 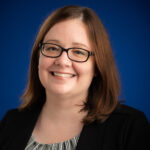 Ann joined the Public Affairs team in 2022. She has two decades of professional communications experience, working most recently as a staff writer for the University Record. Prior to coming to U-M in 2019, she covered education, government, the justice system and many other topics as an Emmy Award-winning journalist for the Detroit Free Press. She previously worked as a journalist for The Oakland Press. She is a graduate of Oakland University. 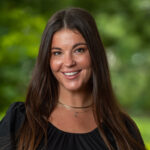 Hanna joined the Public Affairs team in 2016 after earning a B.A.A. in communication with a minor in broadcast and cinematic arts from Central Michigan University. She jumped to her current role in 2019 and assists with managing the Public Affairs social media account and confirming student enrollment. Outside of work, she enjoys spending time on the sandy shores of Lake Michigan, where she was born and raised. 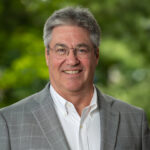 Jamie has been with The University Record since 2009. As editor, he oversees the production of the Record’s weekly print edition, website and daily email newsletter. Prior to joining U-M, Jamie spent more than 30 years working for weekly and daily newspapers, most of that time as a reporter, editor and copy editor at the Jackson Citizen Patriot. He has a bachelor’s degree in journalism and political science from Central Michigan University. 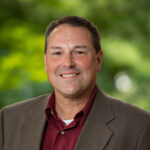 Jeff joined the Record in 2019 — assisting with story planning, editing and production of its print, online and daily email editions — after a lengthy career in journalism and communications, mostly with the Jackson Citizen Patriot as a sports reporter, copy editor and news/sports leader, and with MLive Media Group as a news and local sports leader. He earned a bachelor’s degree in journalism from Eastern Michigan University. 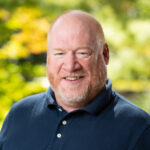 Steve brings more than 30 years of experience in newspaper design and production to the Record, which he joined in 2014. As production coordinator Steve is responsible for the newspaper’s graphic design and oversees printing and distribution. Previously, he helped students at The Michigan Daily and Monroe Street Journal produce their publications. Steve also has published a magazine for Southeast Michigan’s LGBT community since 1990. 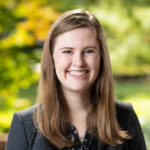 Katie joined the Record in 2022 and writes news and feature stories. She graduated from Texas Christian University with a bachelor’s degree in English and a minor in Spanish. She previously worked with D Magazine, TCU Magazine, the Oxford University Press and Texas Monthly. Prior to U-M, she was Fulbright scholar teaching English in Madrid, Spain. 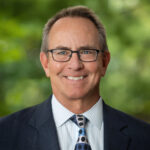 A graduate of Central Michigan University with a degree in journalism, Dirk has been working in Michigan media for nearly 40 years, owning and managing newspapers, shopping guides and digital media sites. He is a past president of the Michigan Press Association and remains active with the MPA Foundation. His wife, Penelope, is a professional photographer. They have two children and three  grandchildren.